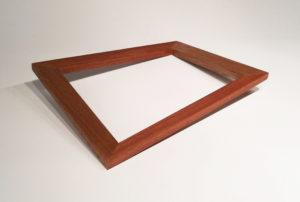 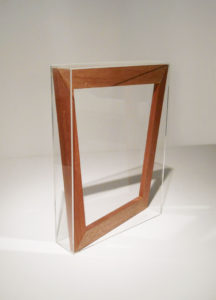 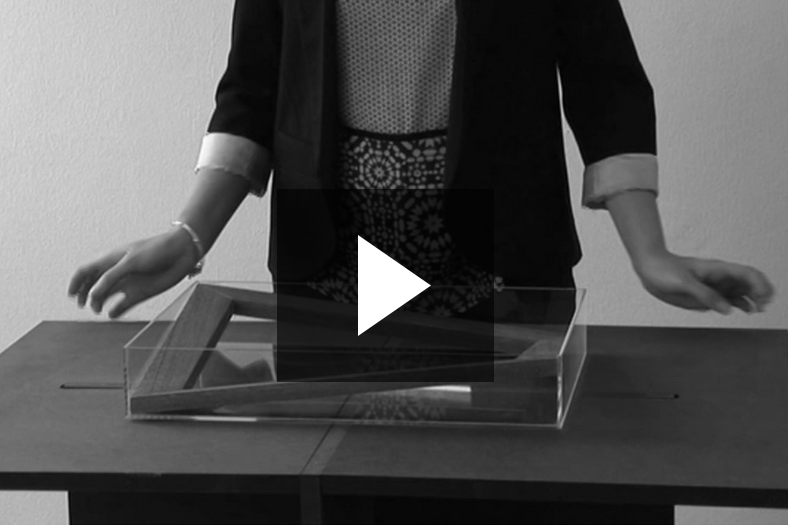 FRAME
The Vedute manuscript – frame – was created as a representation of the idea of the window as an architectural tool, connecting and separating inside and outside space. The form of the frame is the answer to the question: how will a simple frame with the dimensions 320 x 440 millimetres, 18 mm thick, change when two of its corners meet the third dimension of the Vedute manuscript – 70mm – in such a way that it remains continuous and all sides remain straight. I was inspired by the impossible forms and explorations of infinity of O. Reutersvӓrd and R. Penrose, the graphic works of M.C. Escher and the sculptures of V. Koleichuk.
The transformation method for the frame was found in a series of studies in 3D. All the outer corners of the frame fit the ‘Vedute box’ precisely. The creation of the physical frame required maximum precision. It was made from redwood by Konstantin Potanov.

Frame allows us to become part of the space behind it and visually frames it. The artefact is charming in its geometry. It is mathematical and artistic.