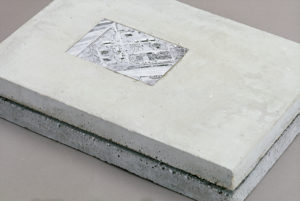 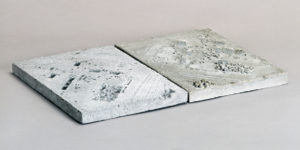 ‘Strike’ represents images of a building immediately before and immediately after an explosion in Kosovo; the minimal space between construction and deconstruction. By opening the manuscript, the images are reconstructed. Closing it means participating in the key moment of the destruction of the images. The war is most tangible when the manuscript is closed, when in effect an absence is perceived. In the same way that in a haiku the splash of the frog emphasizes the silence, so this manuscript, through silence, produces the loudest possible bang.