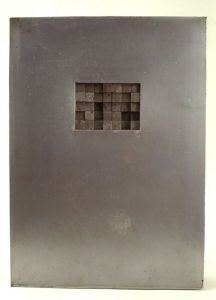 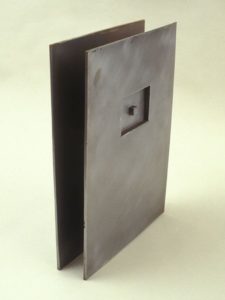 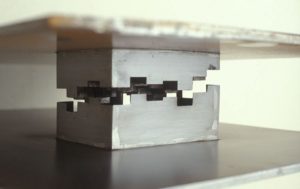 2)On the other side is a relief. When the manuscript is in the closed position, this relief stands alone. When opened, the manuscript reveals a relief that is the opposite of the relief on the back. An intervention in a space, I believe, always has an effect on an adjoining space.