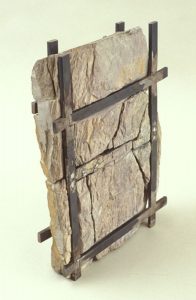 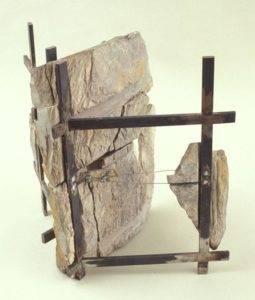 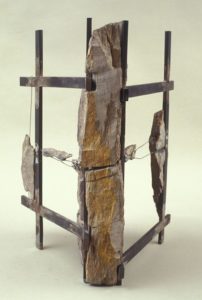 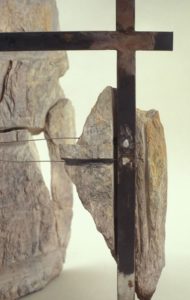 Every human being, every animal and every object, natural or made by human hands, occupies space; as a result, our environment consists of passage and obstruction.

CONFINEMENT AND CONSTRICTION
When closed, the manuscript symbolizes the confinement of space. The core of the manuscript is stuck inside the cover, confined, no possibility of escape or room to move. There is no passage, no other way than around it and to allow the obstacle to direct the route.

SPACE
The core is now open; released from confinement, various passages have become apparent. The obstruction has been broken by fragmentation and opening, the possibility of taking various directions creates space.
-DA