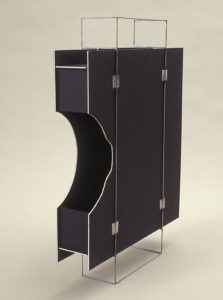 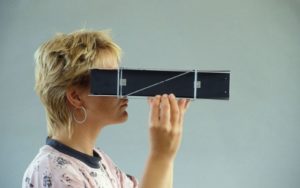 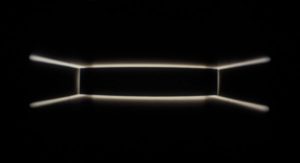 Five planes of black cardboard have been mounted in a frame of wires that have been soldered together. The sixth plane has been left open and a shape, which derives its form from the profile of the designer’s face, has been cut out. When placed upright, the contours refer to the form of a book. In order to ‘read’ the book, it has to be picked up. Only when the viewer looks inside are the contents revealed. The manuscript is designed as a show-box, in which the light describes and determines the space.