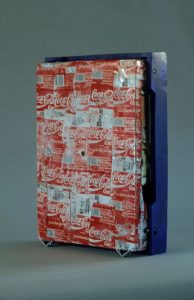 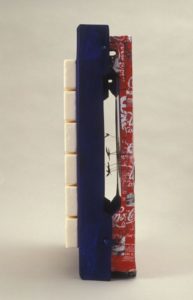 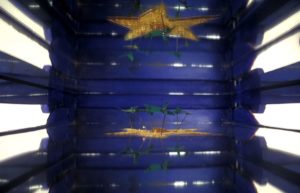 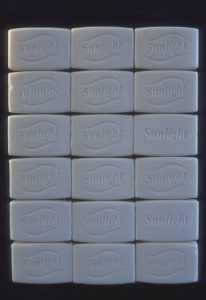 Three components, three ‘worlds’, can be distinguished in the structure of the manuscript. A skin of flattened cola cans determines the view on one side. The other side shows strongly smelling pieces of Sunlight soap, which have been placed as a façade-like composition in a strict pattern, on a blue background. By pushing the sides apart, the interior space, the domain of dreams, becomes visible. There are obvious references to the Third World and the Western world. The dreams form the area that connects the two, because they can belong to both or neither. Costja Gontscharoff emphasizes the instinctive. Associations, contrasts and paradoxes are combined and interrelated. Which of the two worlds is richer, where does it ‘stink’ less?