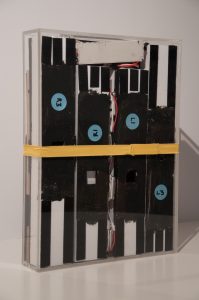 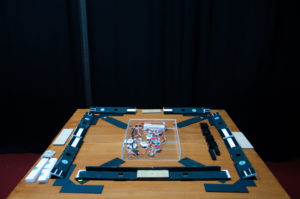 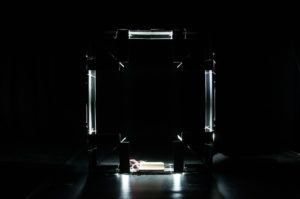 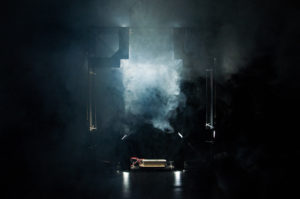 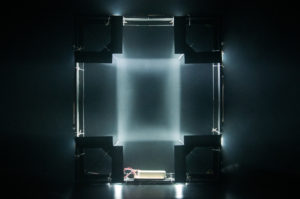 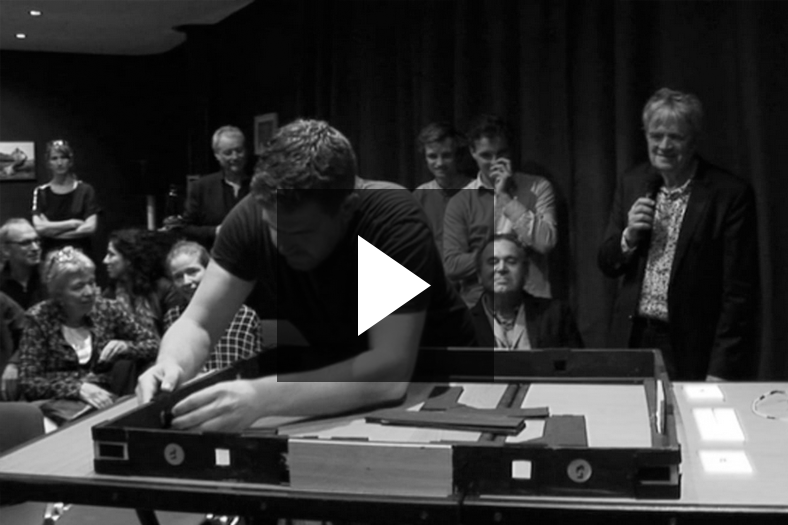 It was not long before the idea came to me that I wanted to create a Vedute in light. Whenever I create a space for the theatre, I always think of the light aspect first. It is through light that not only the atmosphere, but also the outline for the dramaturgy, and the focus of a performance are given expression. Moreover, with light, the audience is guided in its experience. There is no space without light.

I considered the creation of a Vedute as an exploratory process, the challenge being to create an intangible Vedute form through an interplay of lines of light and a blending of colours. During this process, something became clear to me that I theoretically knew already: light never truly emanates in parallel rays from one single source. Thus it was impossible to create straight surfaces or lines. I did not want to work with laser light. By placing a ‘barn door’ in the light beam shining through smoke, a sharp dividing line of shadow is created, while a straight sided surface is projected forward.

I had to reverse my thought process: taking away light, rather than trying to create a line of light, produced the possibility of sharp-edged surfaces emerging. By building a framework with 8 sources of led light and 4 barn doors directing the light, the intangible Vedute will come into being. I intend to name it Abraxas, a word with a mystic meaning.