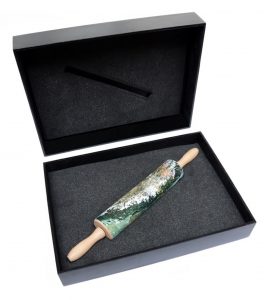 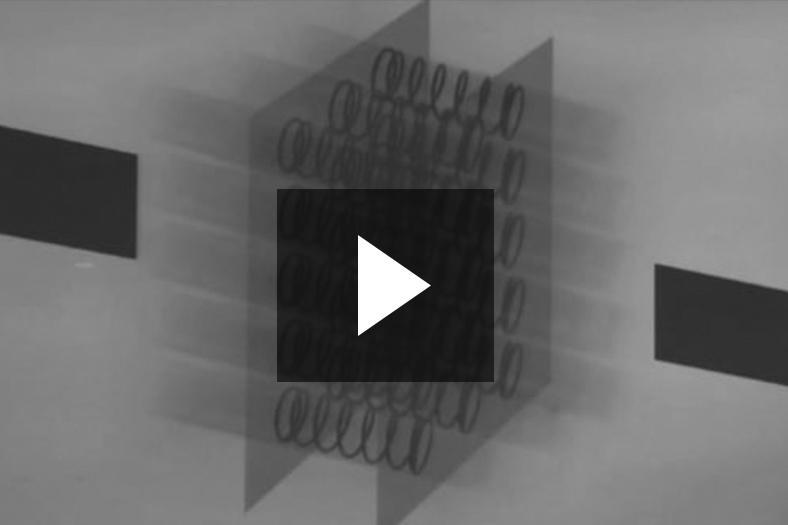 When first exploring the concept of ‘space’ I focussed on the possibilities widthways.
15 springs were mounted between two plates measuring 44×32 cm, resulting in a manuscript width of 15 cm, which the manuscripts on either side would then compress to 7 cm. The moment one of the neighbouring manuscripts was removed from the shelf, my object would widen once again, thereby exceeding the 7 cm limit. A movable contribution, but its dependence on the neighbouring manuscripts was considerable.

I then explored the vertical possibilities.

Vedute manuscripts make the concept of space not only manifest, but also accessible. The challenge then was to make the highest earthly point accessible to everyone, including the man and woman of modest means, and it had to be wheelchair friendly. It would be fantastic to be able to offer paradise, but that really is aiming high. The aim was to reach the top, … and this was achieved. The intention of making this accessible to everyone had the same consequences as when commercial TV channels aim at accessibility to all.
It is very low.
-AT