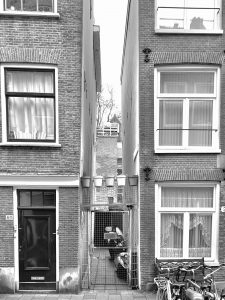 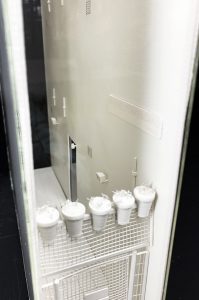 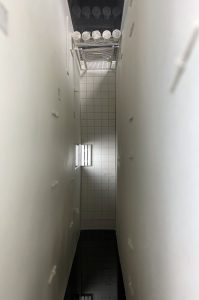 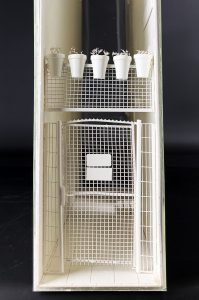 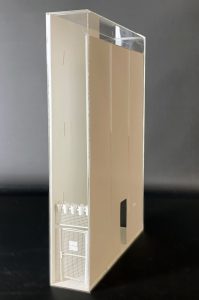 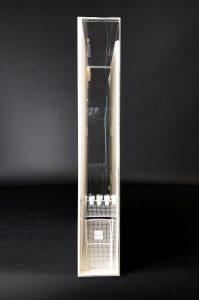 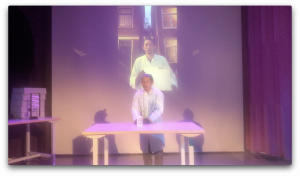 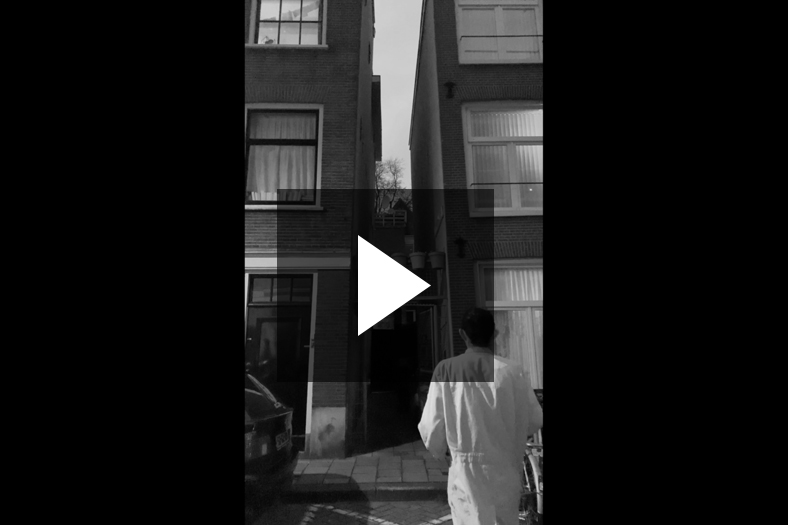 “Ma (間): (gap, space, pause): a Japanese concept of negative space, as important as the rest of an artwork and focusing the viewer on the intention of negative space in an art piece.” (Wikipedia)

Spaces between buildings, like narrow alleys, always fascinate me. They are often undefined, vacant and ignored. People use it as it suits them. These gaps in the city are usually not planned, with nothing spectacular about them; they are just there.

As an architectural modelmaker, I concentrate on buildings as objects to turn them into a scaled representation. But I also pay attention to its gaps and voids. While other do not notice these ‘empty spaces’ in models because the building is the main product, I believe that it is this empty space that enriches the object. We Japanese refer to this as Ma.

When I learned the outer dimensions of the manuscript, I immediately thought of an alley. I am used to scaling and immediately saw such an urban space before me in the ratio of the height, width and depth of the object.

At the same time, my focus was on the recently introduced ‘social distance’ between people during the Covid-pandemic. Social distances differ: In the Netherlands it is 1.5 meters, but in Japan, for example, two meters. I can’t shake the idea that human behavior is determined or limited by a vague measure. But because of that focus on the distance of 1.5 meters, I suddenly discovered an alley in the city with exactly that size.

If you reduce 1.5 meters to 7 centimeters, the scale is 1:21.4. I have captured that rare Amsterdam alley of exactly 1.5 meters wide in a 1:21.4 scale model in a transparent box of 44x32x7 cm. To finish the manuscript, I purposely sealed its lid ín the alley. The space of the opening as a scale model is formed by a reduced abstract expression, but because of this action on location, all the air in the box is real. I captured that fascinating urban void, or as I call it, ‘Ma’.