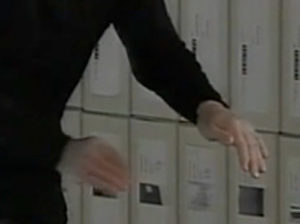 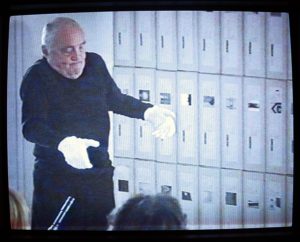 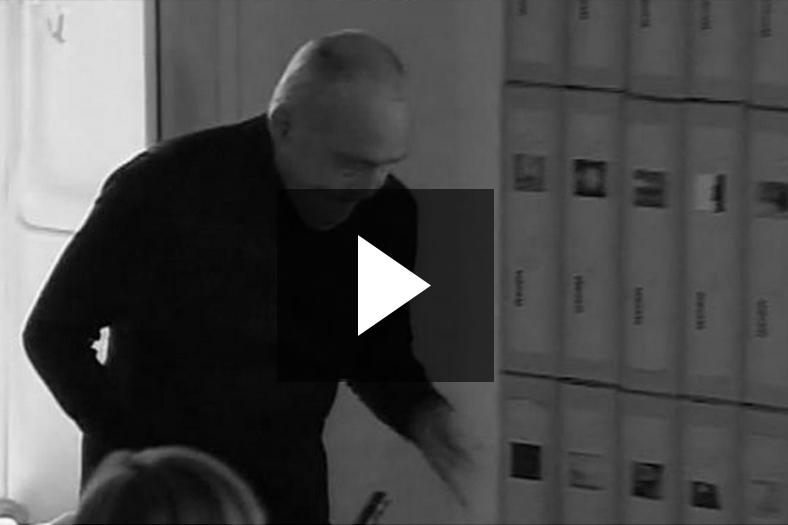 On 23 May 1996, the mime artist Rob van Reyn built a wondrous castle in the air in the ARCAM Gallery and then performed the well-nigh impossible: having climbed the dizzyingly high castle, he reduced its dimensions to those of a spatial manuscript (44 x 32 x 7 centimetres). He then ceremoniously presented this manuscript to the chairman of Vedute. All those present – some one hundred people – filed the image of the mime artist somewhere in their memory and anyone can get an impression of his performance by watching the videotape. The manuscript is now part of a collection, as a result of which it has gained significance.

Manuscript 0077 divides and reconciles. In its narrowest interpretation it is the permanent ‘space’ boundary between manuscripts 0076 and 0078 and thus represents an irreparable breach in Vedute’s collection. However, as it consists entirely of space and fantasy is therefore allowed free rein, it is also a manuscript that embraces all of the existing and all future manuscripts.
(Maarten Kloos)