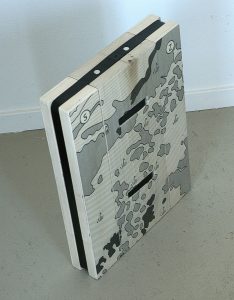 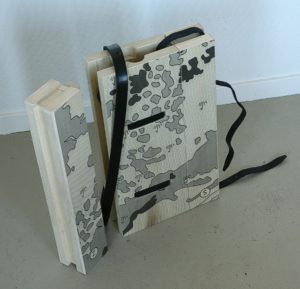 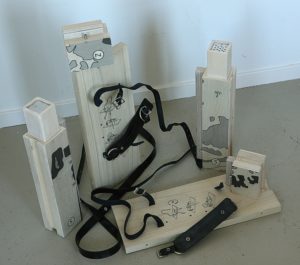 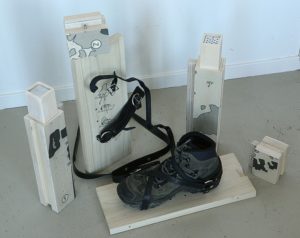 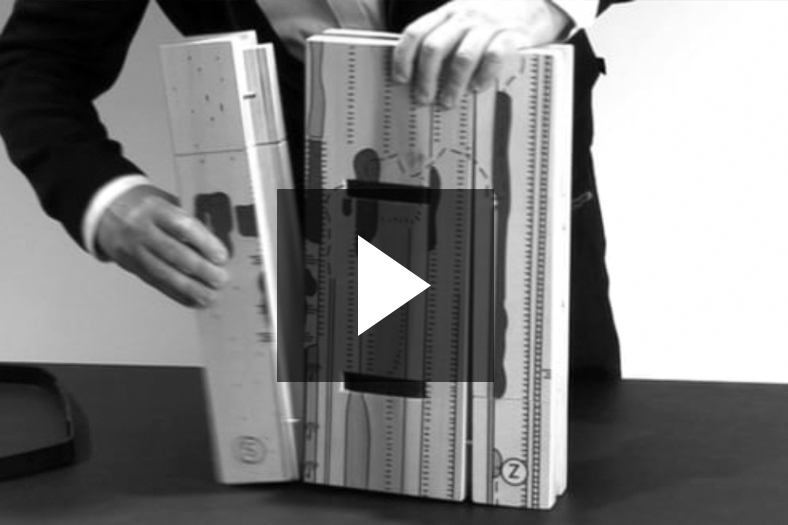 ‘Landscapemaker’ is a homage to the organisms that created the space of our delta before we as human beings gave further form to it. Landscapemaker consists of a box of spores, a box of seeds and two shoes, which are a cross between mud sleighs and peat shoes. The elements have been assembled to form a box measuring 7x32x44 cm and are held together by a rubber band. The illustrations on the exterior are enlarged details of topographical maps of the Oostvaardersplassen and Bargerveen, representatives of the marsh and the peat moor respectively. I have chosen two types to be included in Landscapemaker from the countless types that contributed to the delta. The box of spores contains the spore capsules of peat moss (Sphagnum magellanicum), which created the enormous peat mounds that rose high above sea level and to whose fertility we owe our peat meadows. The seed box contains seeds of the sow-thistle (Sonchus congestus), which colonizes and fixes tidal mud flats. Landscapemaker reveals the landscape architect’s desire to draw the first line. Landscapemaker can in addition scarcely conceal the fact that it is a modern shamanistic instrument with which the earth’s soul can be invoked in an age in which culture and nature increasingly merge. In case of emergency, Landscapemaker can also be used to create the Netherlands all over again, elsewhere or in the same place. The shaman will in that case find instructions for use on the inside of the box.
-DS