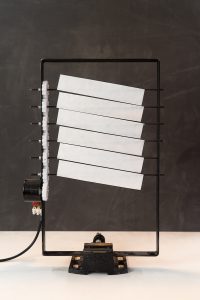 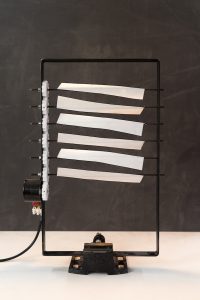 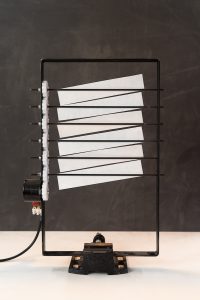 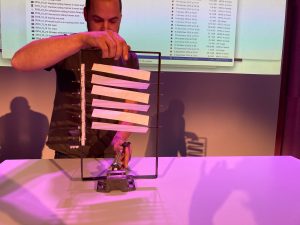 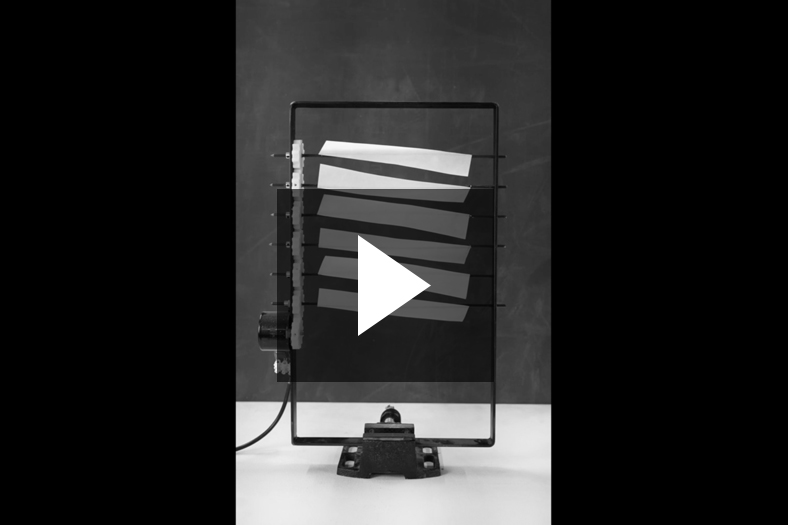 My work is an ongoing experiment of movement experienced within the boundaries of the image.
I see a space as something I can intervene in and influence the interaction between the flat surface and the three dimensional space. Although my instrument is the movement itself, I am mostly in search of the result of the movement in the given space. By my efforts to bring depth in a flat surface I have
-by accident- become a sculptor of the flat surface.

By alternating 2D and 3D by movement a piece of paper becomes versatile and magical. It is but a fleeting image because you see it and then it is gone again.
It seems to walk towards you and then again away from you.

During the making of this manuscript I saw the significance of light. My walking manuscript is guided by the light. Light being a part of the space, adds body and creates a new dimension to the interaction.
-JL