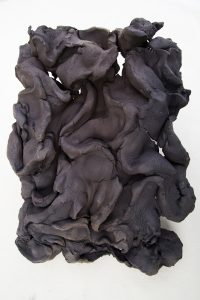 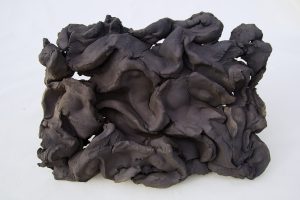 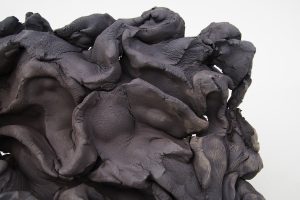 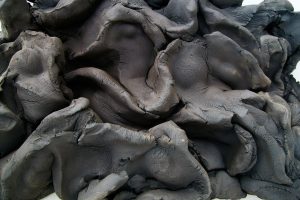 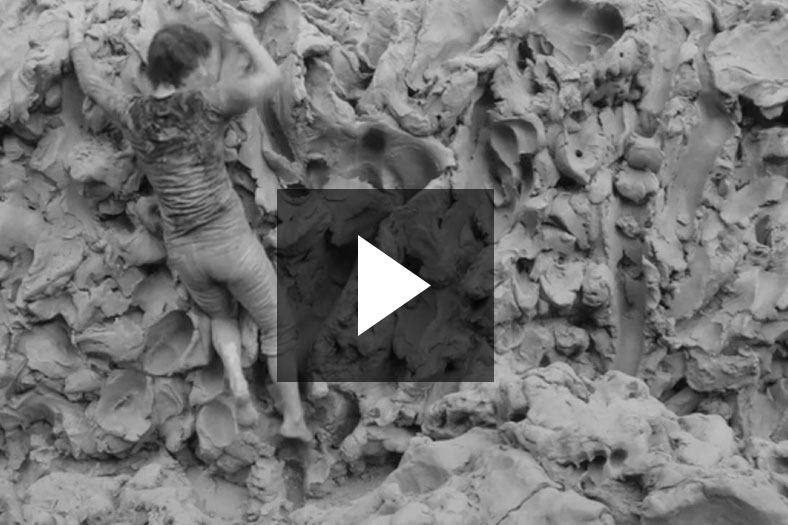 Expand, contract, unfold, shrink, burst, explode, break, split, swell, stretch, erupt, compress. All verbs that describe movement of matter in space, expressing how matter is formed by forces from within, or by forces acting on it from outside. Under the influence of these forces, matter takes on new shapes and thus occupies space in a new way. And so, simultaneously, space also changes its shape. Matter forms space.
Punching, thumping, bumping, pushing, pounding, striking, touching, caressing, verbs that describe interactions between a body, e.g. a human body or a celestial body, and a mass. This interaction also transforms matter and the space around it.
For over 30 years I have investigated the relationship between body, matter, space and mind. With my whole body I mould masses of wet clay, in indoor as well as outdoor locations, where both the movement of my body, as well as the boundaries of a specific space, shape the material. Space forms matter.
But in the process I am also transformed by the clay and the space. What does clay do to me if I don’t try to control it, but on the contrary surrender to it, let myself be overwhelmed by it? The boundary between me and the clay dissolves, inside and outside merge into each other. Form and content, matter and space, body and mind, everything converges in a dance with clay. The breaking, stretching and tearing, the deep imprints of body parts, express the plasticity of the material in all its rawness.
The challenge of creating a spatial work on the scale of a Vedute manuscript, meant to compress the process. Instead of 60 tons of clay now no more than 5 kilos, not my whole body but just my elbows and fists to shape it. And to make it a lasting work, it had to be fired, taking into account the shrinking of the material during drying and firing. With this spatial manuscript called “The Dark Side of the Moon” as final result.
-AE