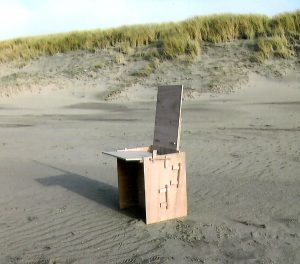 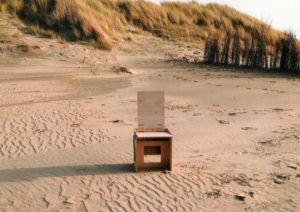 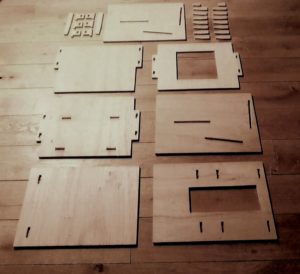 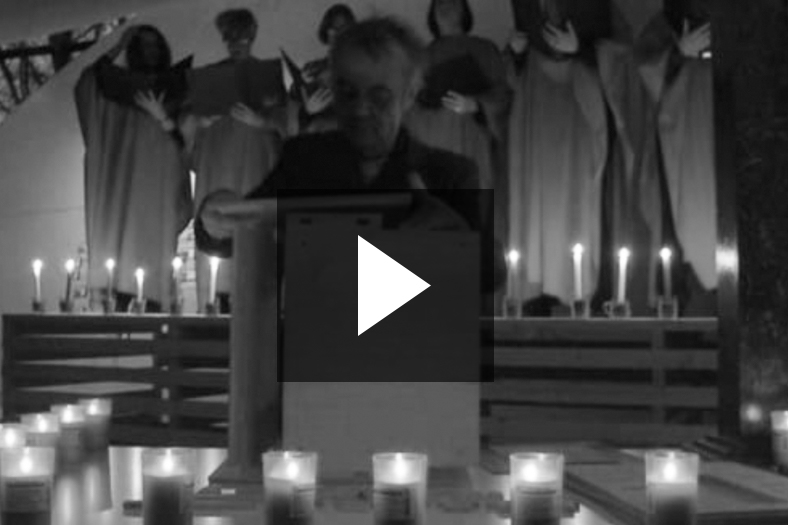 The shadow of what was yet to come had already landed in the retina of the masses. That’s why.

The volume 32 x 44 x 7 cm contains precisely 98560 cubic millimetres. The trick is, along the way, to lose as few as possible. Above all, don’t spill too much volume. Supposing you could transform all of the atoms, which hold it together, into a functional, thus usable, object. Then you have something tangible. Hot air at first of course.

What is the previous sentence really ‘based’ on? Possibly on a literary foundation. The alphabet perhaps? It’s only 26 analphabets who enter into hilarious relationships with each other. A sentence is, after all, an attempt at functional nonsense. And then perhaps it will become philosophical to boot.

Now just assume that 7 planks, some wedges and some packaging material run the shop. Then you would surely put in an application? You would be hired for certain, by the principal plank, in order to waste as few cubic millimetres as possible.
That is precisely one of the economical vistas of a Vedute, an expedition.
Everything of value is hopeless.

And that is therefore the very reason why you should go ahead with it.