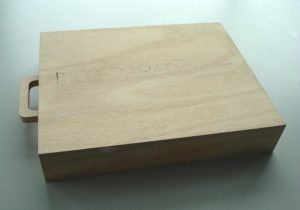 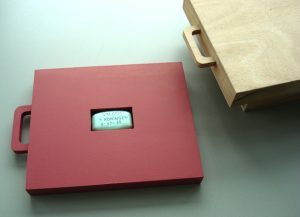 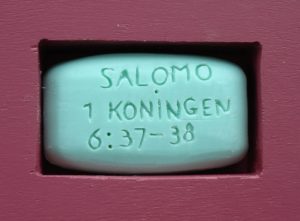 Then Solomon began to build the temple for the LORD, in Jerusalem, on mount Moria, where his father David had seen an apparition, on the threshing floor of Ornan the Jebusite, which David had designated as the building site. Solomon began to build on the second day of the second month in the fourth year of his government. The ground plan that Solomon followed when building the temple for God was sixty cubits long and twenty cubits wide (according to the old measure).

Attached to the temple was an entrance porch that extended the full width of the building, twenty cubits wide and one hundred and twenty cubits high, overlaid on the inside with puregold. The main hall was clad with cypresswood, which was overlaid with pure gold and decorated with palmettes and chains. As an extra embellishment, the walls were encrusted with precious stones; the gold came from Parvaim. The entire hall was overlaid with gold, not only the walls and doors, but also the beams and window frames, and reliefs of cherubs were mounted on the walls. The Holy of Holies extended the entire width of the temple.