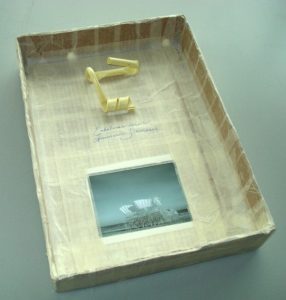 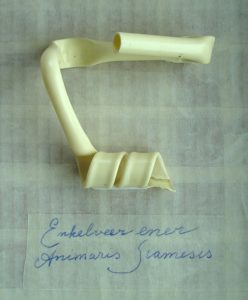 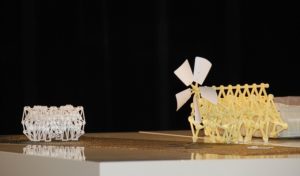 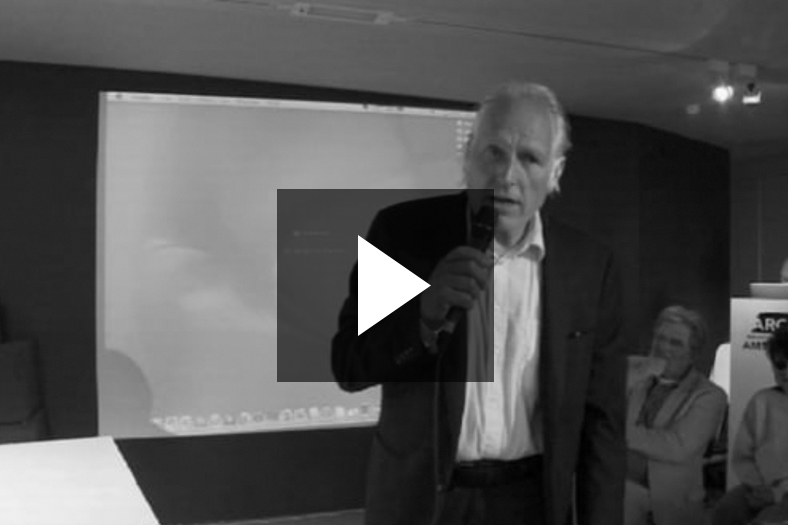 “The Aniamris Siamesis is a twin animal, which is armed against strong winds. The two animals hold each other to prevent them from being blown over. It has the largest wind stomach to date, so it can store a lot of surplus wind. Since the wind has been the friend and enemy of the Strandbeests (beachcreatures), the Siamesis is a significant step in their evolution.”

The ankle spring allowed the roller foot to spring back after each step. This was in the PVCization phase, or the period in the evolutionin which I wanted to make everything from PVC. (Just as existing nature has only one material: protein).

Previously, the springing back was effected with the help of elastic bands. And that is the case once again, because on average the ankle springs broke after one and a half years. The fossil that we see here is a broken specimen. The Aniamris Siamesis had 72.

The Aniamris Siamesis is now in the City Art Museum in Oita Japan. Next month, we hope to be able to welcome the 100,000th visitor.
-TJ