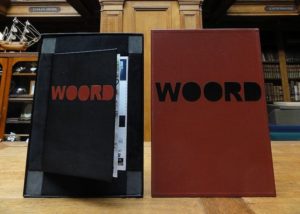 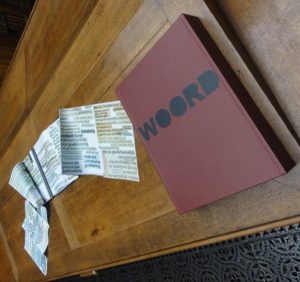 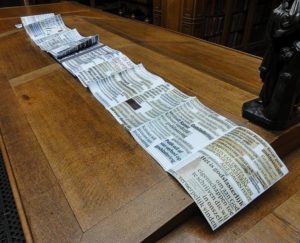 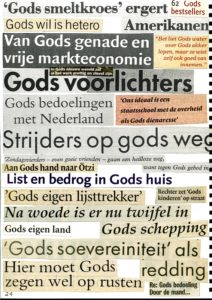 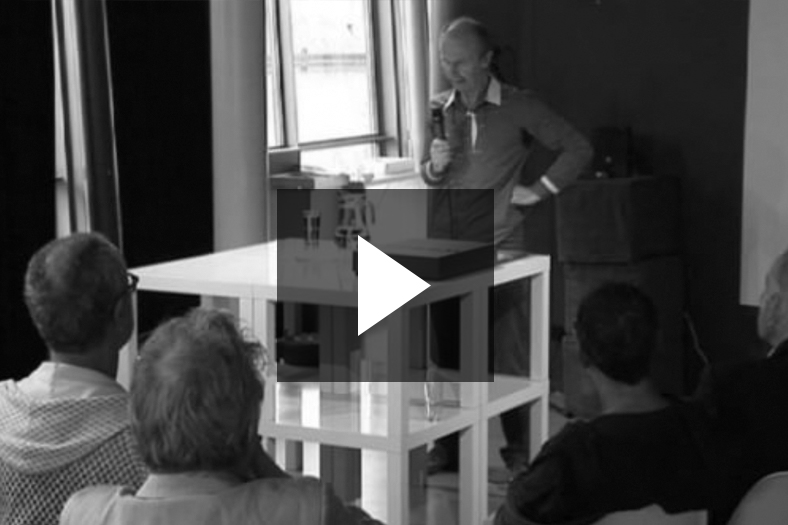 I derived the manuscript “WORD” from my Encyclopaedia of the World according to Fens, a collection of newspaper cuttings- comprising approximately four hundred 23-ring binders – which I have been working on since 1982. One of the 27 ring binders from the sub-encyclopaedia “RELIGION” contains newspaper headlines featuring the word “GOD”. The headlines are arranged according to the function and/or position of the word “GOD” in the sentence.

There is an obvious association with the STATES BIBLE. Service to the one GOD as creator has led to creation and CATASTROPHE. The manuscript contains 100 pages of “word”, stuck together in concertina format. When completely unfolded, the work is more than 20 metres wide and 29.7 cm high.

The idea of collecting “big words” came about in around 1980 when, as a television addict, I decided to place my camera in front of the screen in order to utilize the time rather more productively. I photographed what seemed to me to be the six most frequently occurring nouns in subtitles, namely: MAN, WOMAN, LIFE, DEATH, PEOPLE and LOVE. This resulted in a collection of 6 x 400 black and white photographs.

I then began to cut out these words, supplemented with the words GOD, THINK, TIME, HELL, PARADISE, BLACK and RED, from newspapers and magazines, and stick them in.
-EF