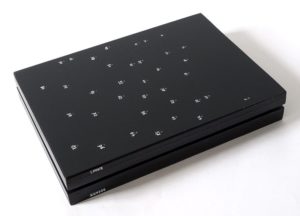 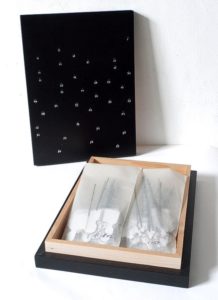 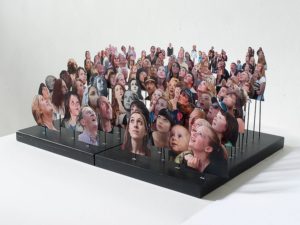 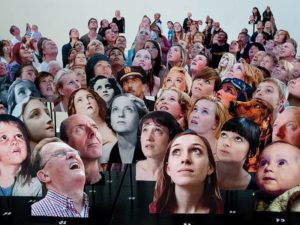 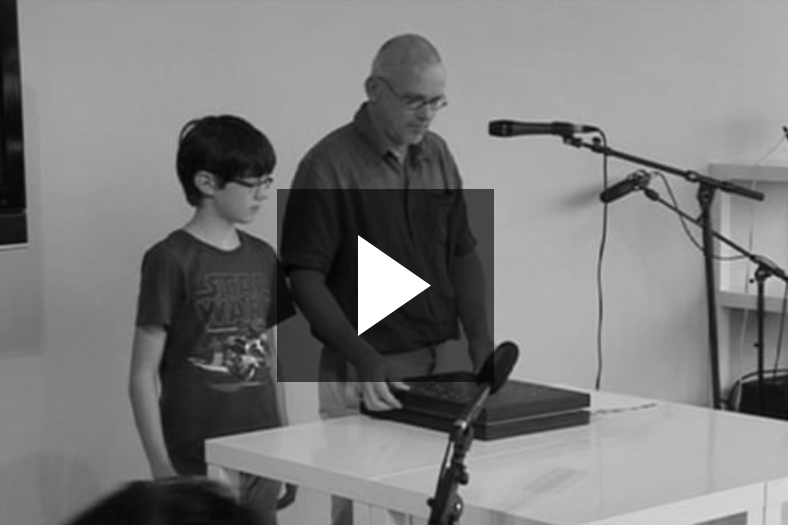 The manuscript consists of 85 separate components: two ground plates and 83 photographs on wooden sticks. When set up it shows a crowd comprising 137 people and a dog (because it has never been shown that animals do not, like people, in any way strive after higher things). It can be viewed from one side only, and so shares the quality of flatness with a photograph or a page from a book, the States Bible, for example. And yet it has an enormous spatiality, which extends in the depth direction but especially vertically. Remarkably enough, the work shows to equal advantage in an interior space and outdoors, because a ceiling or a roof do not in the least undermine the infinite space that extends above the work.