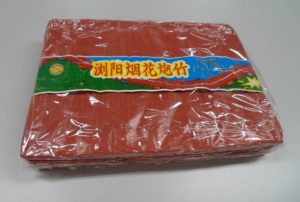 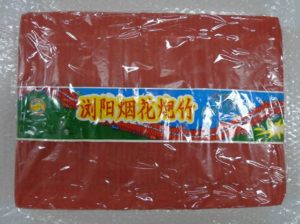 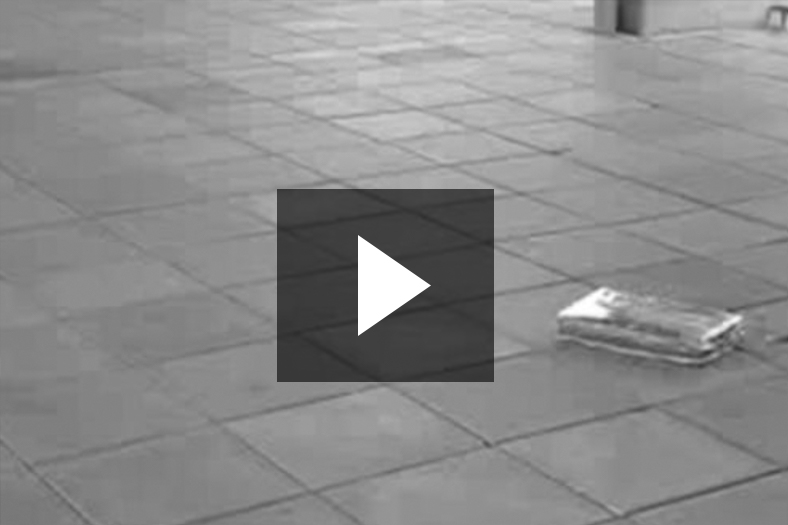 The work Celebration Cracker is a box of fireworks – in the format 44 by 32 by 7 centimetres, as prescribed by the Vedute Foundation – which addresses the concept of ‘space’ in a novel way. The question is how an organization such as Vedute and the institutions where the collection is currently housed, namely the Netherlands Architecture Institute and Museum Boijmans van Beuningen, will deal with an explosive manuscript in their collection. Can the work occupy a place among the other manuscripts in a normal storeroom or in an exhibition or presentation? Fireworks are, after all, unstable and can, in principle, ignite at any time. Can the Vedute Foundation refuse to accept the manuscript, thereby making the collection incomplete? There would then be an empty space where the manuscript should have been. Tricky questions for those concerned.
Two copies of the manuscript were made, one of which was ignited during the presentation on 18 March 2007. This event took place in the arcade of the NAi, precisely underneath where the other Vedute Manuscripts are kept. This manuscript was thus a sort of (time) bomb underneath the Vedute collection.
I wanted to make something that wouldn’t last and would be difficult to preserve. I have also made a second copy, which is to be kept together with all of the others in the storeroom. This could be the end of Vedute and the NAi. I am extremely curious as to how the Vedute foundation and the NAi are going to deal with my work!”
-FH