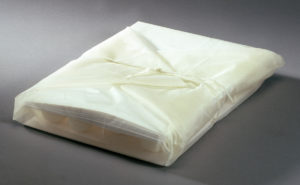 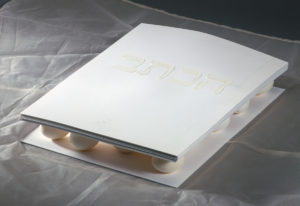 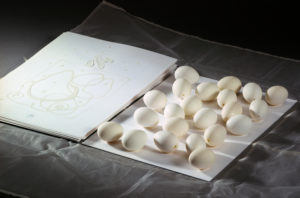 In the Mishnah there is a text that in the oral tradition in the section Pirkei Avot is called the ‘chapters of the fathers’ and is as follows: Ten things were created on the evening of the Shabbat, at twilight, namely: the mouth of the earth (korat), the mouth of the well (that gave water to the Jews in the desert), the mouth of the donkey (Balam), the rainbow (as a sign after the Flood), the manna, Moses’ rod, the shamir (which was used to split the stones of the temple), the form of the characters (Hakataf), the engraving tools and the stone tablets. There are those who say even the demons, Moses’ grave and the lamb of our Abraham our father. Others say even original speech because speech can (in human experience) only be made through language.’
The book and the story are about the time before time, before ‘In the beginning’ or according to the original text ‘Bereshiet’ was spoken – in order to be able to say that and in order to be able to create according to Jewish tradition, you need language. This book shows the 22 written characters and is about the meaning of these letters before creation. It is called ‘hakataf’ or ‘the form of the written characters’. The book rests on 22 white eggs. The book begins with the last letter of the alevbeth (alphabet) and ends at the beginning. The whole is wrapped in a white silk cloth.
-EC