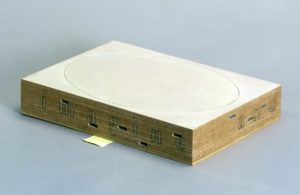 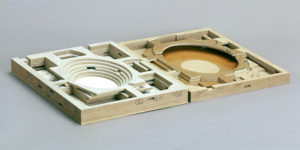 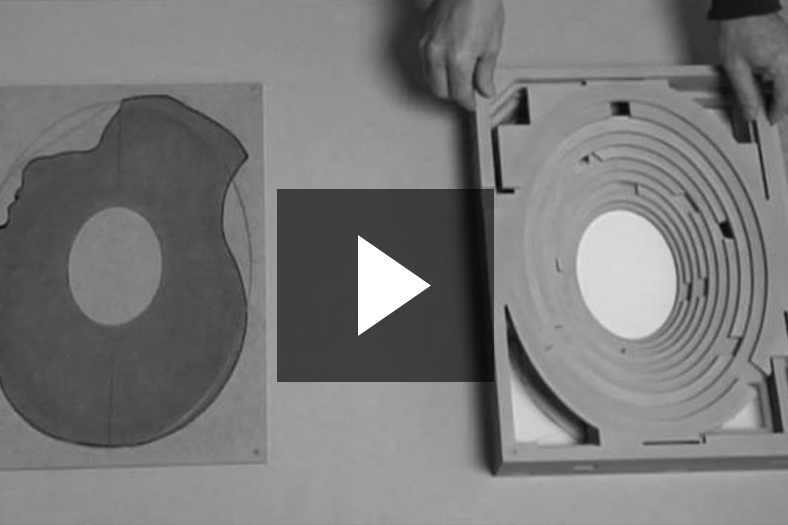 ACOUSTICS IS ARCHITECTURE – SOUND CHOOSES FORM
Soon after its birth in antiquity, the ideal architecture for theatre came into being. The need to present stories and mythologies in a stylized performance clearly called for a perfect architectural form. Amphitheatre and arena were, thus, our first loudspeakers. ‘Loud speaking’ became the technique whereby what had to be said was made public.

ACOUSTICS IS INNER HEARING – CRANIUM CHOOSES SOUND
The representation of sound can have at least as powerful an effect as physical sound. A book, every book, is an instrument, made in order to be sounded by the reader. Anyone who is able to internalize a poem, a piece of music, carries with them cadence and sound linked to meaning. Internalizing text and sound sequences takes time and requires a strict selection: one extracts a piece from the public domain in order to make it one’s own.

IMAGE OF SOUND
The interplay of these two dimensions of the concept of acoustics has a major cultural significance: the collective constitutes the individual and the individual constitutes the collective. In the Vedute manuscript ‘Hear or imagine and hear’, these two conceptions of acoustics are telescoped and presented as a sequence. When the eleven pages are turned, the image of an arena transforms into that of a human face. A change of scale takes place: the service areas ranged around the arena unfold and morph tomographically into rooms in the human skull. The performance area in the arena turns out to be a gigantic eardrum, while the eardrum reveals a minuscule theatre in which the world gives a performance.