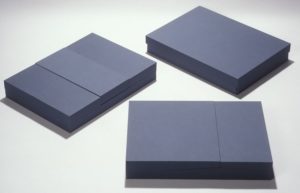 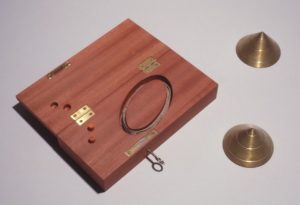 The three manuscripts by Allart Lakke, Onno Schilstra and by them both (The Foundation) are intended as a triptych.

In our joint work only one colour played a role and that was orange. The space in our work was the space of what we called ‘the expressive image’. You could say that we proceeded from the assumption that an image can only be ‘expressive’ if it is ‘handled’ in the right manner. This is why ‘performing actions’ played a central role in the work. By performing (ritual) actions, images are made expressive; thus an image became a sort of oracle. And in our definition, the dominant colour of an oracle was: orange. And so the circle is complete: in our work, space was the ‘domain’ within which actions were performed. The actions had an ‘orange’ character. This is why all our tools, images, statements were always rather emphatically painted orange. One of the actions, which we have extensively developed and often performed in public, was the delineation of the ‘Domain’ by marking out an oval on the ground. Within this oval we then made a ritual sacrifice on a sort of mobile altar. We have brought together the tools for drawing such an oval in the Vedute manuscript: two orange chalks, a piece of rope and two cones. The cones are placed on the ground a couple of metres apart. A perfect oval, as familiar from school maths lessons, is then drawn on the ground by moving one of the chalks along the rope stretched between the cones.

This is in essence what you see in the manuscript: the two brass cones and a padouk-wood box (padouk is the orangest type of wood), inside which are two orange chalks and the rope. There are also a couple of symbolic elements in the box: two portraits, of Allart and myself, derived from the side panels of the triptych ‘The martyrdom of St Erasmus’ by Dirck Bouts, to indicate that we saw ourselves as latter-day patrons of the triptych. The triptych was thus construed as an image that can be revealed through actions (opening and closing), with ourselves as those who sought to reinstate this.
-OS