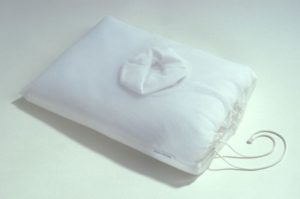 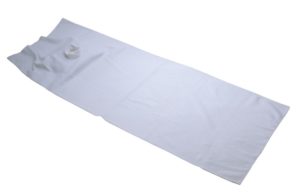 The main theme in my work is the paradox: absence – perceptible presence.
Everyday objects serve as models for my work. By manipulating the images in an alienating way, the objects change identity. Because of their lack of functionality, the objects acquire a different meaning, the interpretation of which is not unequivocal. The images often conceal. The exterior is visible, an interior is suggested. The use of textile is essential here. Textile is flexible, invites you to touch it and it ‘ventilates’, as a result of which the interior space becomes perceptible, because, as it were, inhalation and exhalation is suggested.

Space is not only the number of m2 occupied by the object. I endeavour to give the images character so that the image acquires an aura that extends beyond the space actually occupied by the image. The human body as space.
-GK