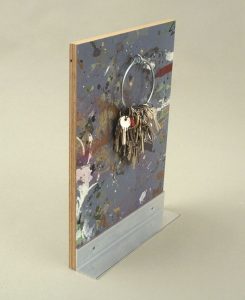 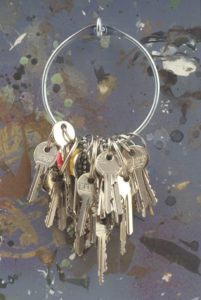 On the flight back to the Netherlands, the view from the aeroplane became increasingly clear. I had never seen the Netherlands so clearly from the air before. Then I saw the city of Amsterdam. For several minutes I searched excitedly from this altitude for the various locations where my friends live and/or work. And I felt a great euphoria, because I would soon have access once again to all those different, intimate places. The city as public space, as a circuit in which I am always able to make my way to personal private spaces. The most important primary connection that makes this city the place I always want to return to and be.
-RV

This recollection, following a memorable visit to the Admat Papuans in Irian Jaya, contains the key to the spatial manuscript ‘Unlocked locations, the keys to my friends in Amsterdam 1994’. By collecting a duplicate of all the keys of his friends in Amsterdam, Roy Villevoye gives expression to the idea that everyone has a personal map of the city.