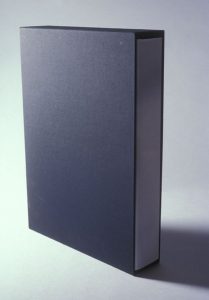 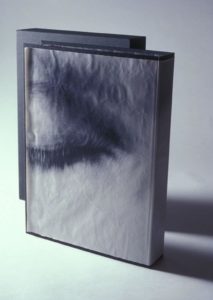 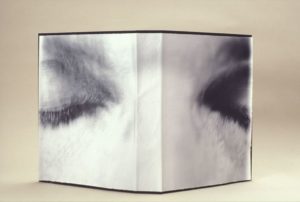 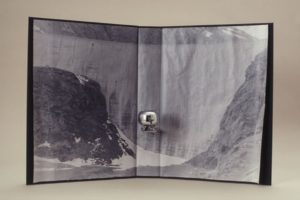 In the works relating to the human body I seek to express a sense of the vulnerable, the finite. I see the body as a ‘boundary’.

As a counterpart to this boundary there are works that I call ‘landscape’. These works express the ‘unbounded’.

In this spatial manuscript, I seek to draw attention to the space between the eyes. Here, in contrast to the eyes themselves, is the silence of meaninglessness. I also wanted to ‘show’ what ‘can be seen’ on the inside of this part of the skull. The bicycle bell presents the concept of space in a different way. The head of the viewer and the space behind are mirrored in the chrome surface of the bicycle bell. Lastly, the sound of the bicycle bell, DING DONG, makes space audible in time.
-MvdW