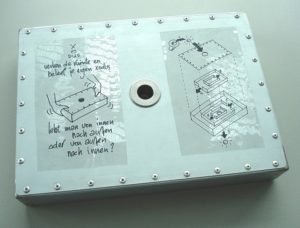 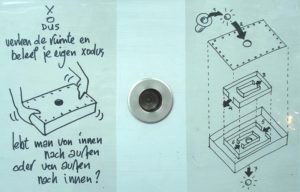 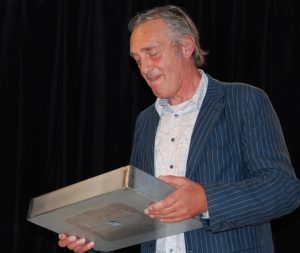 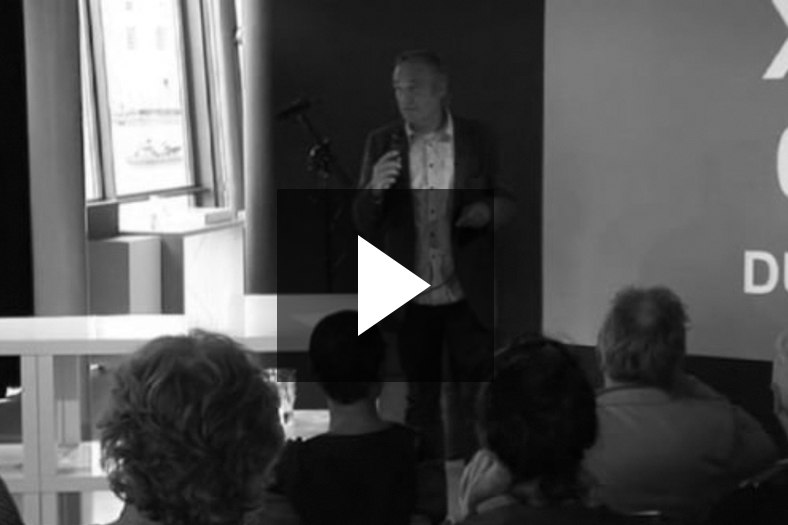 The exploration of space and time.
It is the primitive urge that underlies the archetypal story. Since the invention of film, it has been successfully told hundreds of times: the road movie. All of those road movies are in turn indebted to their great predecessors: Homer’s Odysseus and the Book of Exodus in the Bible. A man (or an entire race) sets himself a goal and goes on a journey. Ultimately, not reaching that goal, but rather the journey it self turns out to be what counts most.

My manuscript consists of three parts: a capsule containing a steel ball and a black box with the dimensions of the Vedute manuscript. On both sides of the black box is around hole, slighter larger than the steel ball. The Black Box contains a labyrinth with three different “rooms”. Each room has an opening to the larger room outside it. Remove the capsule from the middlemost hole, take the steel ball and drop it into the hole. Take hold of the Black Box with both hands and, by tilting it, try to get the ball through the openings to the larger rooms. The road movie has started. A journey through uncertainty. A blind exploration of the manuscript’s dimensions. From the core to the boundaries and then back again to the core. Life itself.

In the largest room, with the dimensions of the manuscript, the journey is reversed. Instead of openings to the outside, you must now search for the openings to the inside, in two steps towards an increasingly small room. Once the core has been reached, the ball falls out through the underside. Into the great wide open, freed from the oppressive yoke of constraint, but charged with great insight. The goal that has been reached lies scarcely 7 centimetres further, negligible in relation to the many metres that had to be traversed.
-JDH