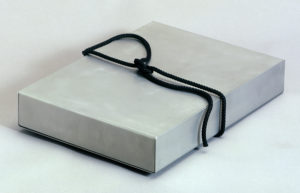 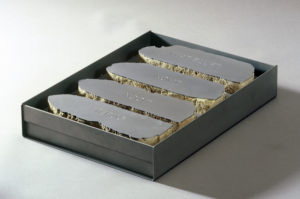 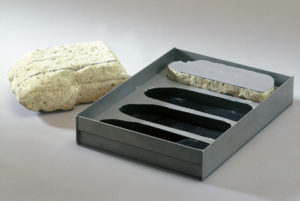 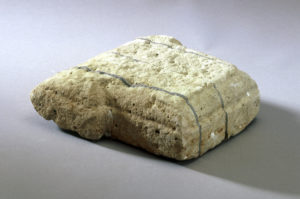 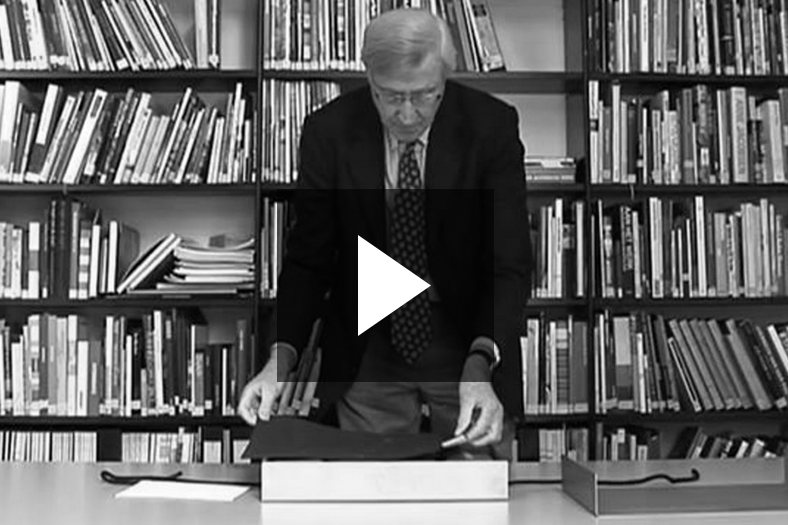 TIME AND DUALITY
Many years ago I built a house in Zwijndrecht for our family. While working the garden soil, which had come from elsewhere, I found a piece of limestone decorated with beaded moulding, which turned out to be from a medieval building that no longer existed. I cleaned it and gave it a prominent place in our new house. We had lived there for 15 years when I discovered that my children were not completely happy in the space I had designed. Their schools were situated on the other side of a wide river, which meant that their classmates were not as inclined to cycle over the bridge as my children were and consequently my children became socially isolated. I didn’t want to, but I sold the house and we went to live on a harbour in Dordrecht. Once again we lived in a wonderful setting, but with better social contacts so that my children still have pleasant memories of their final school years there. The stone was again given a prominent place. When in 1987 my wife became sick with a protracted illness I had to divide my attention between home and work. For some considerable time our only form of relaxation at weekends and in the evenings was to go for a stroll along the harbour. In a space that becomes ever smaller, another space, with far larger dimensions, can come into being. However, it takes time to discover that. In his essay ‘On Adam’s House in Paradise’, the architectural historian Joseph Rykwert writes that building is a sort of restoration, recalling what never existed. For me, my stone was a reminder of a space that did not exist for me, but was nevertheless very old and had its own mysteriousness. In the multiplicity of forms we permit ourselves nowadays, I often miss such a mysteriousness, which takes time to discover. On one of the tombstones in the quay wall in Dordrecht there is a text by Jan Eikelboom, to a design by Walter Nikkels. ‘What remains never returns.’ For my spatial manuscript, inspired by the words ‘time’ and ‘duality’, I sawed my stone into 4 pieces. Part of the stone has been lost due to the sawing. In its place, however, there is now this text, engraved in stainless steel. The fragments are kept in a steel box, which I designed, whose form is determined by the structural principle of folding. Folding gives rise to additional strength and rigidity. Folded plates which together form a unit. Pure construction is still one of the most essential characteristics of architecture. If we remove the fragments from the box and place them side by side we see the stone as it was, with an additional ornament, the thickness of the stainless steel. A reminder of a space from a long time ago, mounted in a material of our time.
-WQ