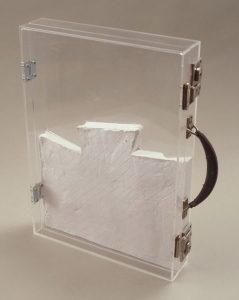 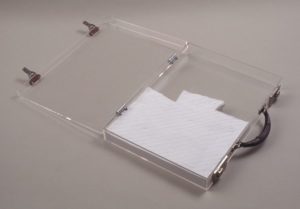 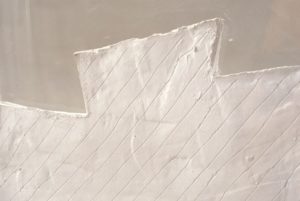 The manuscript’s space is like an island, but rather than be a coloniser, conqueror or raider of space – like Robinson Crusoe, my approach here is like Marco Polo, the traveller, whose sense of the marvellous never fails him. Architecture has progressed from being an extension of our body – the classical anthropomorphism – to a condition where the body is manipulated by inert space and led along like a puppet. Space has swapped and become more temporal and mobile while man has become more inert. The suitcase demonstrates both this space transposition and that we have all become tourists of space. The enclosed space is approached as a ‘territory’ rather than a referential frame. The ‘dovetail’ joint affirms this approach of sensing the marvellous in that it interlocks or interweaves into the existing practices and mores of that territory. This establishes differing relationships between artefact, material and scale. This ‘dovetail’ approach into reality is an architecture of engagement between what is considered natural and the artificial.
–RK